Policies for poverty reduction must be better targeted

Poverty is mostly measured by using absolute or relative indicators. Bosnia and Herzegovina started measuring the poverty in 2001 by applying the methodology of absolute poverty, developed by the World Bank. Three years later, the European methodology of relative poverty was introduced by conducting the household budget survey. This methodology is still in use.

According the European methodology, the poverty is measured by income of households. Since the survey on income and living conditions still has not been conducted, Bosnia and Herzegovina measures the poverty by consumption expenditure of households, which is calculated from the Household Budget Survey. This survey was conducted in Bosnia and Herzegovina in 2004, 2007, 2011 and 2015.

The measuring of poverty according to the consumption approach is based on the concept of relative poverty, which defines the risk-of-poverty threshold by adult equivalent equal to 60% of the median equalised consumption. Equalised household size is calculated according to the modified OECD scale.[1]

Table 1 shows the distributional dependency of poverty threshold on the data from which it was calculated.

Graph 1. Number of people Below Poverty Threshold and At-Risk-Of-Poverty Rate,

There is only a slight trend of reducing poverty rates, which confirms the resistance of this phenomenon, i.e. it tells us about the inefficiency of the poverty reduction measures in the last decade. This can be confirmed by the analysis of other poverty indicators, such as the poverty gap and indicators of inequality.

The poverty gap measures the intensity of poverty and shows how far, on the average, the poor are from the poverty threshold. The poverty gap in Bosnia and Herzegovina was about 25% in the analysed period[3], which confirms that poverty reduction policies have badly targeted poor population (Šabanović, 2016). Quintile ratios and Gini coefficients show the resistance of the poverty and the high inequality in the distribution of the consumption expenditures. While the Gini coefficients were stable about the value of 0.31, quintile ratios show that 20% of the richest spend about five times more than 20% of the poorest.

Detailed pieces of information about the poverty can be obtained by the analysis of the poverty status of several specific socio-economic groups. Households with five or more members and single-member households had the highest at-risk-of poverty rates in 2015 (20.2% and 18.5% respectively). Within single-member households, the poorest were households where the person was aged 65 or over (21.9% in 2015). On the other hand, among the largest households, households of married couples with children and other relatives were in the highest risk of poverty (23.1% and  24.5% in 2015 and 2011, respectively) and households of married couples with three or more children (21.4% and 26.9% in 2007 and 2004, respectively).

When examining poverty by population age, three main groups are usually analysed: under 18, age 18 to 64 and 65 years and older. In 2015, people aged 65 and over had the highest at-risk-of poverty rate among the three groups: 20.0% compared with 18.5% for underage population and 15.6% for adult working age population.

While having a job in 2015 did reduce the poverty risk, it did not guarantee that a person or his or her household would avoid poverty. Among employed people aged 18 to 64, 11.8% were in poverty, compared with 18.6% of poor non-workers (unemployed and inactive) in the same age group. Focusing instead in all those in poverty aged 18 to 64, however, 33.0% had jobs in 2015.

Since poverty measurement by consumption approach does not allow direct comparability of this phenomenon with other European countries and that consumption-based poverty indicators are significantly lower than those calculated by the income approach (Delalić, Kapetanović i Šabanović 2017; Šabanović 2017), it can be concluded that the actual situation is much worse than the indicators show. In this regard, the full harmonization of the methodology of measuring poverty and inequality in Bosnia and Herzegovina with EU standards is conditio sine qua non for the correct policy of combating poverty. It will be achieved in the near future through the first survey on income and living conditions  in Bosnia and Herzegovina in 2018.

[2] Population census results did not exist in the survey years

Šabanović E.2016. Is the Targeting of Social Transfers in Bosnia and Herzegovina Getting

Šabanović E.2017. Basic Consumption and Income Based Indicators of Economic

Inequalities in Bosnia and Herzegovina: Evidence from Household Budget

Surveys, Expert meeting on measuring poverty and inequality, UNECE for 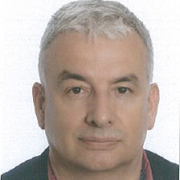