For the past few months, we have been overwhelmed with the story that excises are a condition of progress in all fields. As it seems, there is no arrangement with the IMF without new excise taxes, also, without excise taxes there are no projects for the transport of KM 500 million. The opposition says that the position, by virtue of excises and construction of road sections, has been investing in the next elections at the expense of citizens, while the position talks about the progress and increase of domestic product, employment and even about the increase in the birth rates that the new income will bring.

In addition to the bankers who are very interested in new lending, the head of the EU Delegation to BiH Lars-Gunnar Wigemark, also joined this subject by saying that excise tax will also unlock EU grant funds that are not negligible.

Everyone has his own reasons for and against excises. Politics and politicking use the opportunity to explain to us that excise taxes are good or bad for this or that group. One thing is certain, excise taxes are collateral or insurance for the loans we take for the projects that can not repay themselves.

Common sense suggests that new excises, when securing new loans and building roads and highways, will contribute to total income, employment, and hence the natality. However, after this period of honey, there comes the period of repayment of loans, as well as the interest on loans in the presence of excises, which, per sei, adversely affect the economic growth.

From the above, it can be clearly seen that excise and new loans may have positive effects if the construction of hihgways and roads causes long-term economic growth that will withstand the pressure of the annuity / installments, interest and excise in the future. If that is not the case, then we dig the hole in which we are. Unfortunately, the size of the circles in the diagram shown is not known, and therefore the final impact also remains unknown.

In the end, without citing any reason why such loans are used for the projects that do not have potential to repay themselves, we have to wonder why we do not have a publicly available analysis and an assessment of the impact of introducing new excise taxes. Impact analysis would reduce the space for politicking, it would bring facts into the public sphere and influence the creation of a consensus on the most important economic issues of our society. 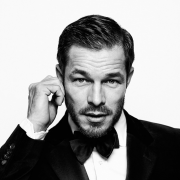