Criteria and steps for EU membership

The Treaty on the European Union (Article 49) stipulates that any European state that respects common values of the member states and is committed to further improving them, may apply for membership in the Union.

The basic accession criteria for EU membership established in Copenhagen in 1993 are as follows: political (stability of institutions that ensure democracy, rule of law, respect for human rights and protection of minorities), economical (existence of a functioning market economy and ability to cope with competitive pressure and EU market) and legal (ability to undertake obligations arising from membership, including the objectives of political, economic and monetary union, and the adoption of common rules, standards and policies that form the base of the EU law, i.e. legal acquis). An additional, administrative criterion from Madrid, established in 1995, refers to adapting administrative, governing and judicial structures to EU norms so that the EU legislative framework could be effectively applied.

In addition to membership criteria or accession criteria, the EU establishes and develops specific and general criteria for individual countries or for a group of countries.

Prequalification:  Bosnia and Herzegovina and process of stabilization and accession

The European Union established a special strategic policy for the Western Balkan countries in 1999 called the Stabilization and Association Process to establish a full and lasting stabilization of individual states and the region as a whole, promoting regional cooperation, moving to a market economy and perspectives of accession of the countries within this region to the EU. In 2000, the European Council concluded that all countries involved in this process were potential candidates for the EU membership. The process was based on bilateral contractual relations, that is, on the Stabilization and Association Agreements.

Thereby, Bosnia and Herzegovina, like other Western Balkan countries, went through special previous stages, i.e. establishing dialogue with the EU in order to improve the readiness to negotiate the conclusion of the Agreement, and through the negotiation process itself. At these stages, Bosnia and Herzegovina more or less kept pace with other Western Balkan countries. This sort of pace ceased to exist in the period that followed the signing of the Agreement.

Thus, from the signing until the entry into force of the Agreement, about seven years have passed, which is the longest waiting period in relation to other Western Balkan countries. Within these seven years, more than five years have elapsed since the end of the last ratification process of the Member State (France) in 2011 and the date of entry into force of the Agreement. This significant delay is related to resolving the issue of the implementation of the judgment of the European Court of Human Rights in Strasbourg in the case of Sejdić-Finci, which was adopted at the end of December 2009. The judgment was rendered on the basis of the European Convention on Human Rights, which referred to in Article 2 of the Agreement, and the failure to comply with the judgment was brought in respect of compliance with the Agreement.

In addition, the European Union sought to resolve the issue of establishing an effective coordination mechanism between the various levels of government for the harmonization, implementation and enforcement of EU regulations. Such a mechanism is needed so that the country could effectively communicate with the EU.

The provisions of Article 70 of the Agreement prescribe the obligation to harmonize the existing and future legislation of Bosnia and Herzegovina with the legal acquis, as well as its proper application and implementation until the end of the transitional period on 1 July 2021.

Qualification: Bosnia and Herzegovina through process of stabilization and association towards process of EU accession

After more than 8 months from the date of the entry into force of the Stabilization and Association Agreement, Bosnia and Herzegovina took a new step towards the EU membership with the original objective of changing the current status of a potential candidate country in the candidate country. Bosnia and Herzegovina applied for EU membership on February 15th 2016 during the Dutch Presidency of the Council of the EU, in accordance with Article 49 of the Treaty on European Union, thus beginning its accession process to the EU. After that, the EU activated its mechanism for the process of accession of the applicant state.

In the next issue of the accession process, we will inform on types and order of steps to be taken, including the comparison of the progress of Bosnia and Herzegovina with the progress of other Western Balkan countries.

2 Negotiations began in November 2005 with Serbia while still in union with Montenegro. Special negotiations were conducted with members of the state union of Serbia and Montenegro on issues within the competence of the member states.

3 SAA negotiations began in 2013. The agreement with Kosovo * has not been ratified in each EU member state. 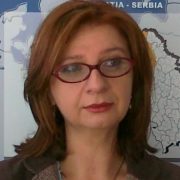